Behind The Half Marathon Finishing Line

Posted: September 28, 2019 | Author: Torie | Filed under: belfast half marathon | Tags: race day, running, volunteering | Comments Off on Behind The Half Marathon Finishing Line 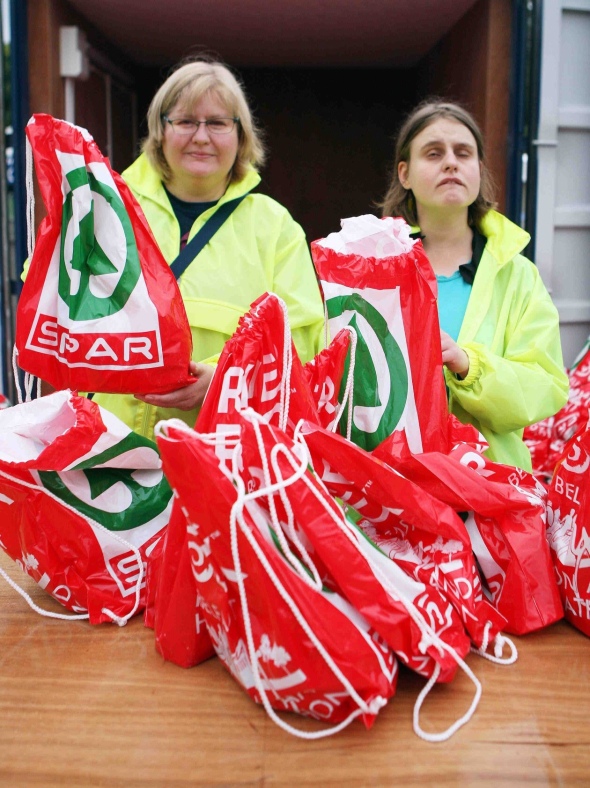 On Sunday, a friend and i decided to volunteer at the Belfast half marathon.

A few months ago, I saw a tweet looking for volunteers for the Belfast half marathon. I thought it would be brilliant to do so approached my friend to see if she fancied doing it. Originally, I had thought we could volunteer at a water station, but that was already being taken care of by the 5 charities who had been selected for the marathon. The other volunteer job that needed doing was marshalling, but we weren’t too sure about that either. Eventually, we settled on being situated somewhere near the finish line, handing out medals and goody bags or whatever they wanted us to do.

After we sorted out what role we would be doing, we attended a short, informal session on what our roles would Intale and what time we needed to be there at. We also received our bright yellow jackets and t shirts that we would wear on the day. The only thing we needed to do now was to wait and see what the day had in store.

On Saturday, i attended my local parkrun first, before jumping on the train as i was co-delivering some training for Guide dogs so needed to be up in Belfast early.

We had decided to stay overnight at a Premier inn as we were expected to be at Ormeau park where the half marathon would start and finish for 7 o’clock the next morning. There are no trains on a Sunday that early so i was glad we were staying over.

After the training had finished at Guide dogs, we headed off to the hotel to get checked in, before heading out for something to eat and to get some water and stuff for the morning.

We were up with the lark on Sunday morning. The breakfast service in the hotel didn’t start until 7, so i brought some porridge pots with me and they did just the job until we got down to Ormeau park.

When we arrived, we made ourselves known to the volunteer co-ordinator whilst they decided what role we actually would have for the day. We were eventually assigned the orange station. We were going to be split up, but we explained that it would probably be better if we stayed together and they were grand with that. We weren’t needed until about 10 o’clock, so it was off to chat and mingle with people, before settling down with a nice cup of tea.

unfortunately, just as the runners all took off, the heavens opened with torrential rain for about an hour. Thankfully, we were able to take shelter under the bag drop markee until it calmed down to just a light drizzle. One of the organisers went and got us ponchoes too in case the rain continued which was lovely.

Finally, the first runner was on his way, so we went out to our station. We literally had big storage boxes full of pre-sliced oranges. The time really did fly by once we got in to the swing of things, but the oranges weren’t shifting easily. I found it hard to know when people were coming up to me or if they had taken an orange, so i just asked people constantly if they wanted an orange. I am sure they were sick hearing it. It was suggested to me by others who had done this sort of thing who were visually impaired that i might want to have something identifying me as a visually impaired volunteer, but i decided against this. I am not sure if i would want to wear something, but i suppose it would have its’ advantages as people would know that they would have to speak to me for example, before taking an orange.

Before we knew it, it was 12 o’clock and most of the runners had finished. There were still a few coming in, but not too many. We still had boxes of oranges left over but apparently they were going to be given to a homeless organisation or something. I was glad about that as i would have hated them all to go to waste. It was back to the hotel for us so that we could pick up our bags, before a sandwich and a bun for our lunch, before getting the train back home.

I had a great time and it was good to be on the other side of the finish line as it were, and to be able to really congratulate the runners as they came through. I would like to thank the marathon organisers for allowing me to volunteer and to my friend for being my guide and for agreeing to do it in the first place.

a huge well done to all the runners whether you were able to complete it or not. at least you tried and that’s all that matters. I am sure it wasn’t easy running 13.1 miles but you all did it and you should be very proud of that. I may possibly see you all again next year 🙂